"We know that prior to 1832, small handmade pins with decorative heads were used as devices to secure lace caps, mob caps, veils, and other pinnings to head and body attire.  We also realize that it was not until the introduction of stringless "bonnets" that the PERIOD HATPIN entered the scene.  Both the transition from bonnet to hat, and the introduction of plentiful hatpins were due, in part, to the less expensive machine-made hatpins which were manufactured "by the ton."

"Although bent wire hair pins were known as early as the 16th century, they were all hand wrought, as were the hatpins before the advent of the pin-making machine in 1832."

"As hats became wider and bolder, and hair was shown in more abundant quantities, the necessary securing implement, the hatpin, became longer and surely as opulent as the millinery itself."

~ Taken from "Hatpins and hatpin holders," by Lillian Baker

While Lillian Baker discusses pin-making in 1832 by using a machine, we do know that pin-making was being done in an assembly line process by hand earlier in the 18th Century. This is known from the description of the manufacture of pins within An Inquiry into the Nature and Causes of the Wealth of Nations, by Adam Smith, Edwin Cannan, ed. 1904. Library of Economics and Liberty. 9 February 2014.

"…One man draws out the wire, another straights it, a third cuts it, a fourth points it, a fifth grinds it at the top for receiving the head; to make the head requires two or three distinct operations; to put it on, is a peculiar business, to whiten the pins is another; it is even a trade by itself to put them into the paper; and the important business of making a pin is, in this manner, divided into about eighteen distinct operations, which, in some manufactories, are all performed by distinct hands, though in others the same man will sometimes perform two or three of them. I have seen a small manufactory of this kind where ten men only were employed, and where some of them consequently performed two or three distinct operations. But though they were very poor, and therefore but indifferently accommodated with the necessary machinery, they could, when they exerted themselves, make among them about twelve pounds of pins in a day. There are in a pound upwards of four thousand pins of a middling size. Those ten persons, therefore, could make among them upwards of forty-eight thousand pins in a day. Each person, therefore, making a tenth part of forty-eight thousand pins, might be considered as making four thousand eight hundred pins in a day…

Decorated and undecorated hat pins were available and used in the 18th Century. 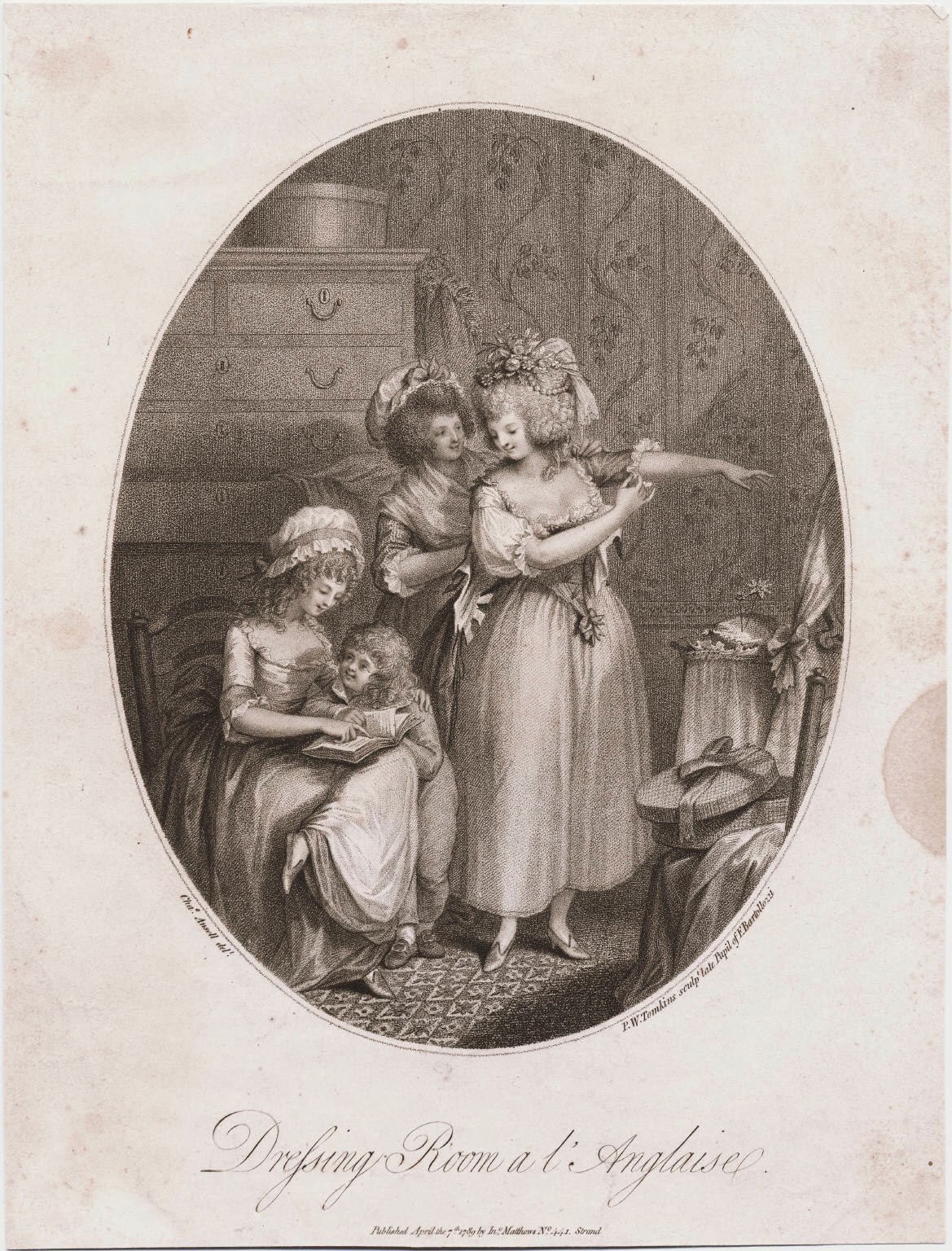 Copyright K. Walters at the Sign of the Gray Horse.  None of this can be copied or used without the permission of Kimberly K. Walters.