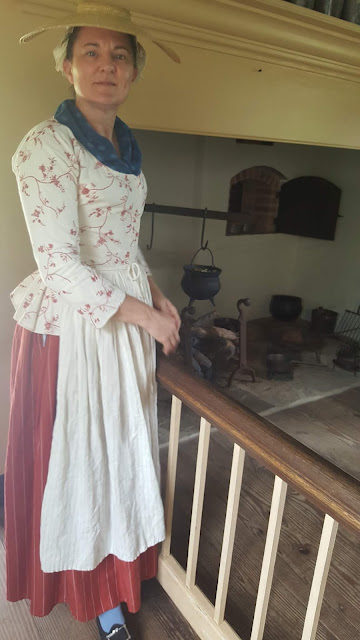 In a favorite kitchen at Washington HQ, Valley Forge
(wearing the silver Forget Me Not shoe buckles)

Had the privilege of being invited as part of the 2d Pennsylvania Regiment through the British Marines to participate in the filming of the new Valley Forge visitor center film.  The film is expected to be released in the Spring of 2020.

If you have ever been on a movie shoot, and in my case I have now been on two small films meant for historic sites (the other was for Mount Vernon's 4d experience - The Whiskey Rebellion), you do a lot of sitting around while they film, set up new scenes, prepare you and others with make-up, and wardrobe checks/fixes, etc.  It can also be frustrating to have to wait around, so you make the best of the moments you have by remembering those who were there and why you are there, and meeting new friends. 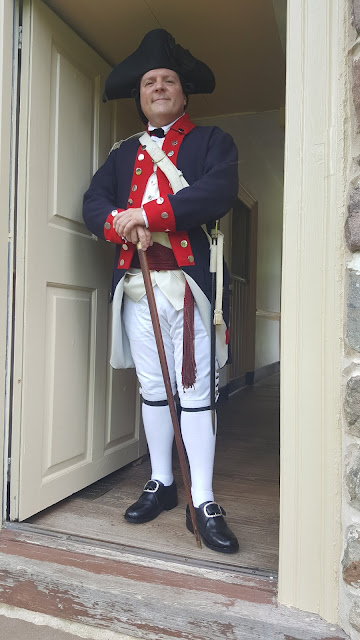 These are fun to do, but do take up time.  I went with Jim, who normally portrays a British Marine, and in this case was the aide-de-camp to General von Steuben.  We were there on Saturday for a scene at Washington's HQ house at Valley Forge.  We were told our clothing was spot on. 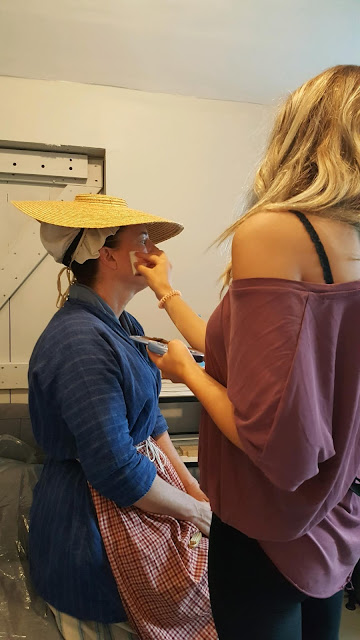 My part came on the second day we were there.  I was a follower of the Army in the Spring of 1776.  I was given a bit of "sunburn" on my face by the make-up crew, and sent on my way.  I saw some of my shoe buckles, watch chains, as well as cuff links (sleeve buttons) on many there which was awesome!  I was also able to show off my sample watch as well so people could actually hold it to see the different between what they had.  I was actually thanked for having them made! 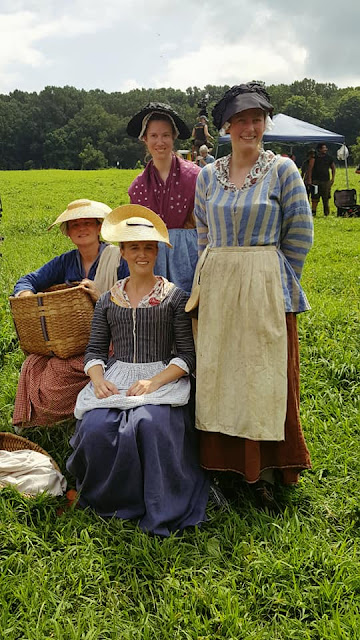 With Karen Morgan, Ann Shipley (of Pottsgrove Manor), and Robin Matty (of Historic Annapolis and also a member of the British Marines)

I would highly recommend going at least once to one of these.  It gives you insight into what the behind the scenes crew go through, and the hard work that they do for videos and films of this sort.  We had a couple of people go down from the heat and humidity while at Thornbury Farm near Chadd's Ford.  The film crew was also very cognizant of the safety rules of the National Park Service, and we had plenty to drink while there, we were given a nice lunch, and were made comfortable. 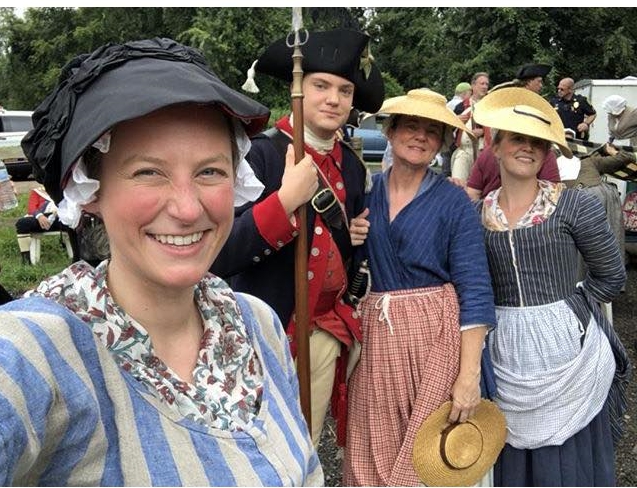 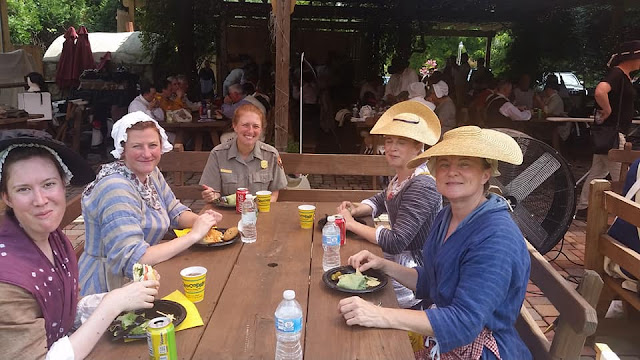