I'm very behind in my website posts, and wanted to share a wonderful project that I am finishing.  Martha Washington, as many know, loved garnets.  One such item that she owned were a pair of drops that were later modified to be made into earrings.

Per the Mount Vernon website, "In 1760 George Washington recorded the receipt of an invoice dated December 26th, detailing his latest purchases from London. Therein he listed "A pair 3 dropt Garnet Earings" bought from a jeweler named J. Grymes to grace the ears of his wife, Martha. In the eighteenth century, "dropt" earrings referred to earrings with removable dangling pendants. As garnet jewelry remained popular throughout the eighteenth, nineteenth, and twentieth centuries, few pieces survive in their original state. These drop pendants were later altered into a pair of earrings."

So I have done my best to recreate the front as close to the original as I can as an inspired piece.  I do not know what the back of the originals look like, so decided on an earwire just a bit lower on the back so it sits beautifully on the ear.

The originals were made from 25 beautiful round and oval cut garnets in a gold washed silver setting (vermeil).  The overall pieces in a pear or teardrop shape.  They may have been pendants that attached to this set. 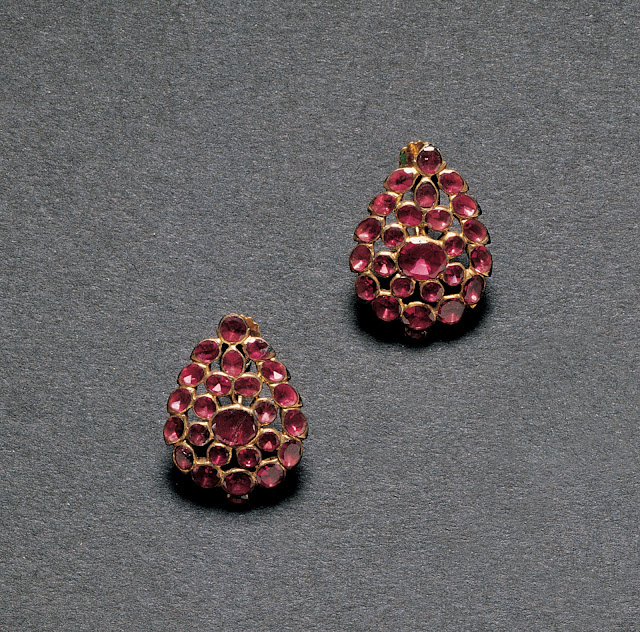 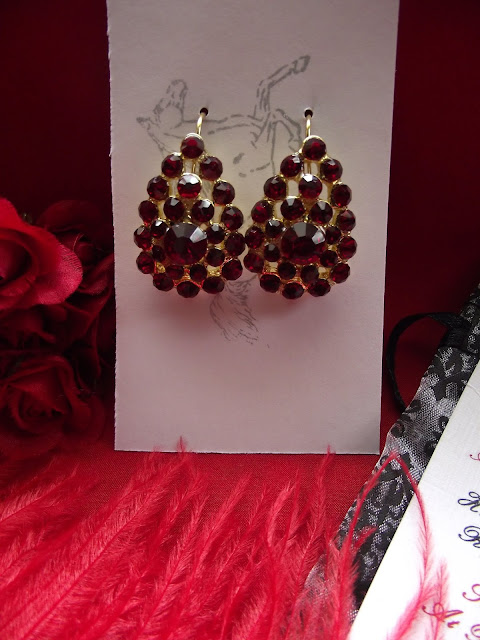 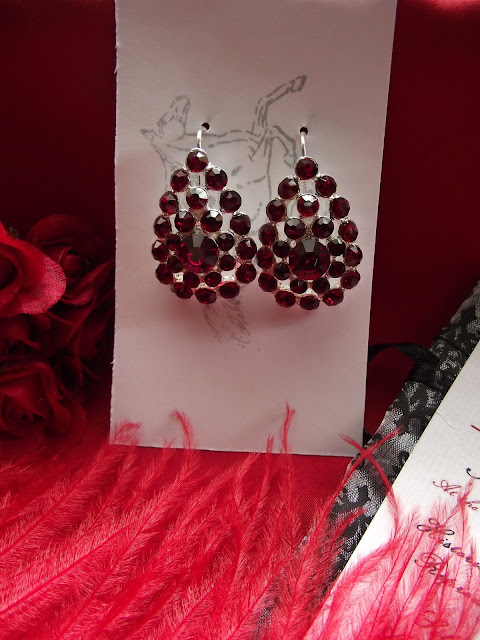 My reproductions measure the same as Martha's - 1-1/8 inches long by 3/4 inches wide.  They truly are just lovely!  Keep a look out for them in my shop next week, and will be in the Mount Vernon Gift Shop next spring.