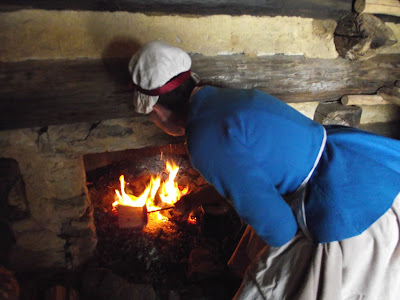 I spent a wonderful, yet cold, day at Valley Forge with the Second Pennsylvania Regiment for Valley Forge's "Join the Continental Army" program.  It was not as cold as it would have been on this March day.  There is an article that states the temperatures on average during the winter of 1777-1778 was about 33 degrees Fahrenheit, and I believe it may have reached up to 39 degrees Fahrenheit for my day there. There is an awesome article located on the Valley Forge Muster Roll Project that describes what the soldiers endured during those harsh winter months. 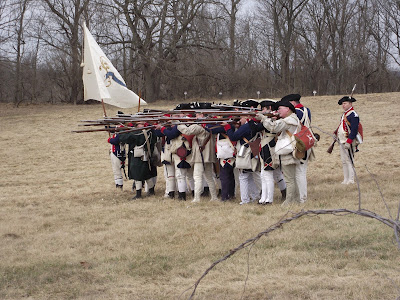 While cooking in one of the reproduction huts in the Muhlenberg Brigade area of the park, the small fire that I had going inside did not warm me unless I was almost right on top of it.  The hut had 12 bunks for the men and a dirt floor.  Cooking flat bread right on the coals of the fire was very successful, and the men thought they tasted great.  I also made myself something hot to drink, and smuggled in some Gunpowder tea that I had purchased in Colonial Williamsburg and used to be my Dad's favorite besides Earl Gray.

The Flat Bread (or Ash Cakes) receipt is located within my book and is VERY easy to make over a hearth or on your stove at home.  I also decided to make one and put one cube of cheese that I had within it and fold it over like a pasty or perogie. 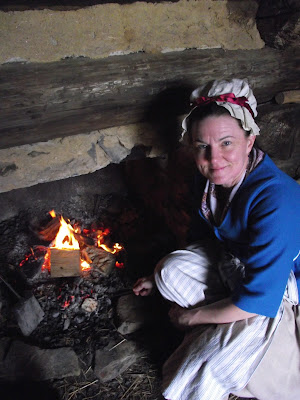 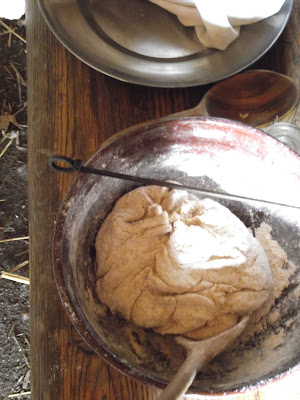 Flat Bread.
TAKE one part flour and season with salt. Take as much water as needed to create it into a dough. Knead it to the right consistency. Create balls from the dough as big as you like so that you can flatten them. Dust each with flour and cook directly on the embers of the coals. If you make them too thick, they will be raw in the middle.
(Kimberly Walters) 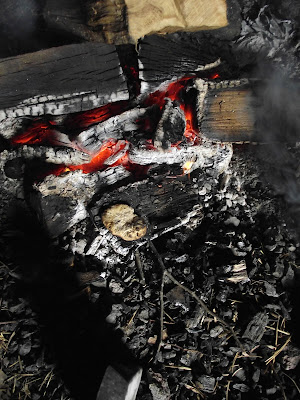 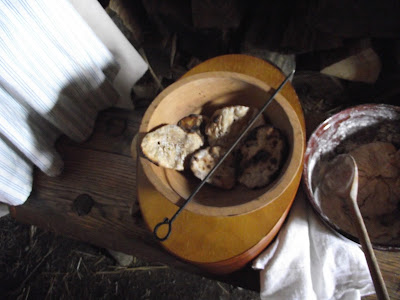