Cardamon and Orange Flower Water Small Cakes or Cookies of The Dutch Girl, by Donna Thorland

This video was made highlighting the cookies mentioned in the book, The Dutch Girl by Donna Thorland. I was honored to be asked to collaborate on the recipe with her!  After reading an advanced copy of The Dutch Girl, we came up with the receipt shown in the video and on Donna's website.  Gema and I then put the receipt into action by creating the video with her husband, Shane.

Donna writes on her website, "While I was writing The Dutch Girl I discovered that the 18th century Dutch were known for their rich and inventive cuisine. The more I read about their cooking, the hungrier I got. Many of the dishes we think of as distinctly American—cookies and coleslaw, to name a few—have Dutch origins. The Dutch who settled the Hudson River Valley, Manhattan, and the Jerseys, not only brought with them a flair for using spices (a trade the Dutch dominated in that era) but they eagerly adopted local ingredients into their cooking—fusion cuisine, 18th century style!

When I ran across mention of koekjes—or cookies—flavored with cardamom and orange flower water and stretched with the distinctly American addition of corn meal, I knew I had to include them in the book. And I wanted to taste them myself. I’m a huge fan of Kimberly Walters’s wonderful cook book, A Book of Cookery by a Lady, and I knew that if anyone could bring these treats to life for a modern kitchen, she could! You can bake step by step with Kimberly Walters and Gema Gonzalez in the video above, shot on location at historic Gunston Hall. And if you don’t own a tin oven or a bake kettle, fear not—baking times and temperatures for contemporary ovens can be found below." 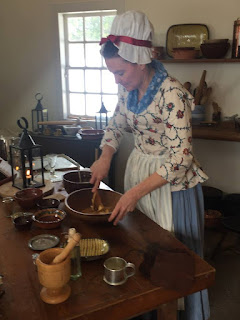 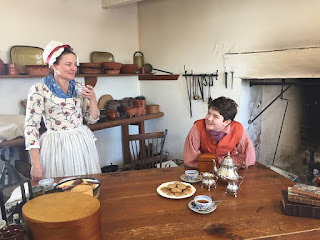 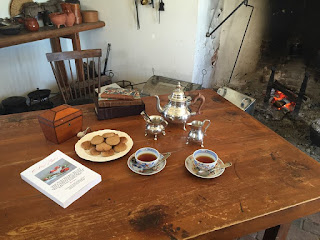