Is it Equipage or Chatelaine? What do we hang our Watches from?

The terms equipage, chatelaine, watch chain, or watch fob seem to be used by many for the same thing and for the same time periods.  I decided to find out the definition for these in period dictionaries to confirm the correct usage and possibly when they changed since my last post on watch chains in June of last year.  You can find it at this link.


Opening up my personal copy of A Dictionary of the English Language..." by Samuel Johnson, L.L. D. dated 1756 defines:

"Fob (from the German suppe) - a little pocket.

“Equip (from the French equipper) – To fit a ship for sea. Bp Patrick. To furnish for a horse, man, or cavalier.  To furnish, to accouter, to dress out.”

“Equipage (from equip) - furniture for an horseman;  a carriage of state; vehicle. Milton.  Attendance; retinue; accoutrements.”

Then we have the New and Complete Dictionary of the English Language ...: To which is Prefixed, a Comprehensive Grammar, Volume 1, by John Ash dated 1775 whose definitions are not far from Dr. Johnson's so in the sake of expediency will not include them below unless there is a significant difference.

"Chain - a number of links fashioned one with another..." (Ash)

“Equipment (from equip) – the act of equipping; accoutrement; equipage.” (Ash)

"String - a small cord; a slender rope; a thread on which anything is filed..." (Ash)

"Seal (from the Lat. sigllum) - a stamp engraved with some particular impression; the impression made by a stamp in wax; an act of confirmation." (Ash)

(There is no definition for "chatelaine" in either dictionary.  Hum.) 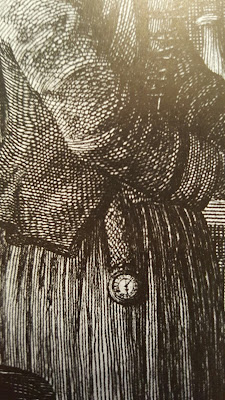 I find no definition for a "watch chain" but do find for a watch and chain separately.

Now we are getting somewhere!  A pocket clock.  Very interesting. 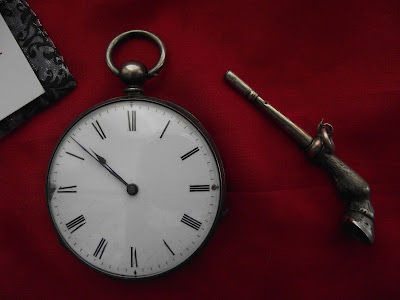 Pocket Clock and key from my personal collection

So now I look at pocket, but there is no definition for a pocket clock.  We already know that a "fob" is a little pocket and a watch is a clock that goes into the pocket.  Check.

"Clock - The instrument that tells the house by a stroke upon the bell. Bacon. It  is an usual expression to say What is it of the clock, for What hour is it?  Or ten o'clock for the tenth hour.  The clock of a stocking: the flowers or inverted work around the ancle. An insect, a sort of beetle.  The sound which the hen makes in calling her chickens."  (Johnson)

"Pocket - The small bag inserted into clothes.  Prior. A pocket is used in trade for a certain quantity; as, as a pocket of hops, because it is a poke or sack."  (Johnson)

"Watchmaker - One whose trade is to make watches, or pocket-clocks. Moxon" (Johnson) 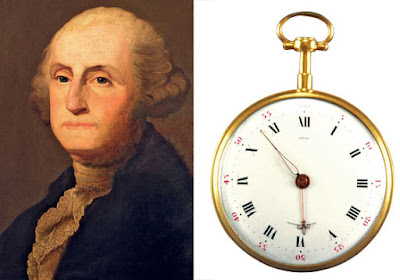 The Writings of George Washington from the Original Manuscript Sources, 1745-1799. John C. Fitzpatrick, Editor mention the following as a description for the watch chain:

"Mount Vernon, November 28, 1785.
Sir: I request the favor of you to send me for the use of Mrs. Washington, a handsome and fashionable gold watch, with a fashionable chain or string, such as are worn at present by Ladies in genteel life.  These to be paid for, as the other things are, from the fund in the Bank. I am, etc.  P.S. Let the hour and minute hands be set with Diamonds.
[Note 17: From the "Letter Book" copy in the Washington Papers.]

How did ladies wear their gold watches?  My take on it is that they hung from the petticoat with a hook (decorative or plain) with their accroutements on each side or with the pocket clock.  Men put their pocket clock in their fob, and the accroutements hung outside to counter balance the watch.  I have seen chain and ribbon used in portraits and prints. 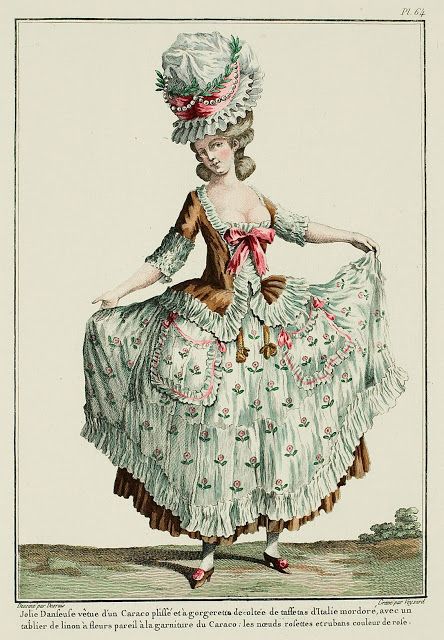 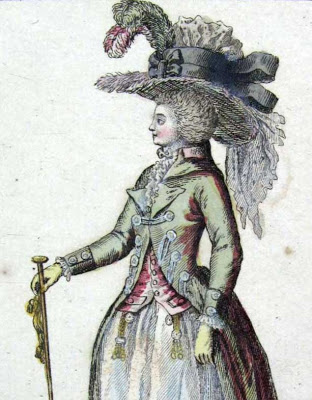 Mount Vernon, September 25, 1793.
My dear Sir: I have not written to you since we parted, but had just set down to do it when your letter of the 13th. instt. was brought to me from the Post Office in Alexandria…Mrs. Washington having decided to let Nelly Custis have her watch and chain, is disposed to receive substitutes in lieu thereof at about 25 guineas price; and leaves the choice of them to you. The plainness of the watch &ca. she will not object to. 120 dollars in Bank notes are inclose[d] for the purchase of them." 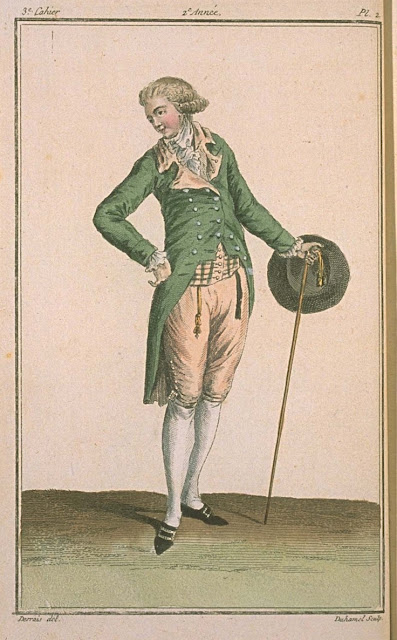 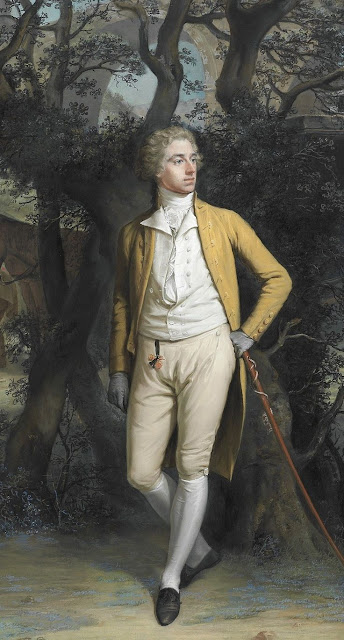 The Oxford Dictionary says that the word Chatelaine has a mid-19th century French origin. So the use of that word for something that you hang a watch from or even other accroutements (i.e., needle case, pin ball, thimble, scissors, keys, etc.) may be incorrect to use for anything before the mid-19th century.  I have also read in the Dictionary of Fashion History that this was from the 1840's onward.

The American Dictionary for the English Language dated 1828 – on-line – mentions that chain is “a string of twisted wire, or something similar, to hang a watch on, and for other purposes.”

A Universal and Critical Dictionary of the English Language:...by Joseph Emerson Worcester, Wilkins, Carter, and Company dated 1850 has no “chatelaine” listed.  The definitions for the chain doesn't mention a watch; however, it does have a definition for a watch case and watch glass.

So, to sum this up, I would keep it simple when using these terms, and I would not use "chatelaine" unless you are doing a Civil War impression or later impression.

A good slide show with examples of watches, chain, seals, etc., can be found on the 18th Century Material Culture Resource Center's page along with their provenance here.
Posted by K. Walters at 6:28 PM