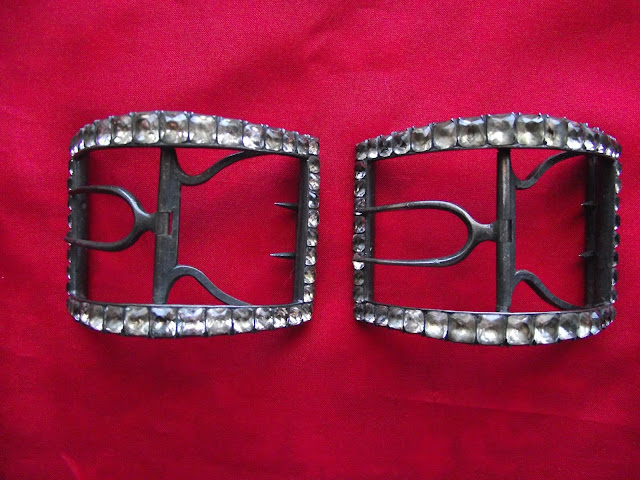 When American Duchess approached me a year ago, I had no idea that I would now be reproducing my third 18th century shoe buckle.  The "Dandridge" is buckle number three (the first was the "Charlotte," and the second the "James.")  These other two buckles were also based upon original buckles and have been well received.  They are now being shown in museums from the Paca House in Annapolis, Maryland, the Museum of Fine Arts in Boston, and the Museum of the American Revolution in Yorktown, Virginia. 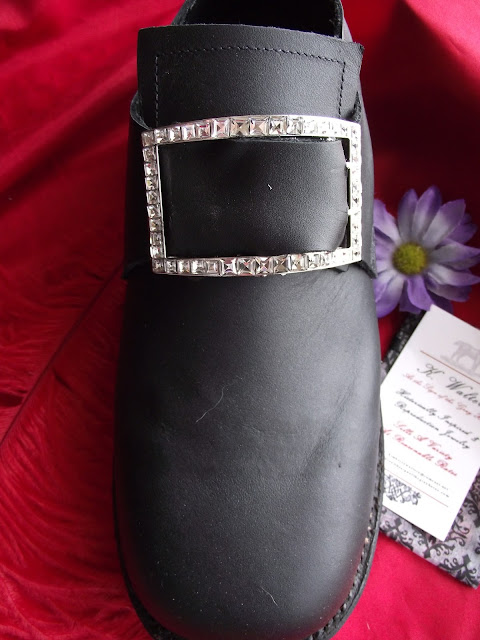 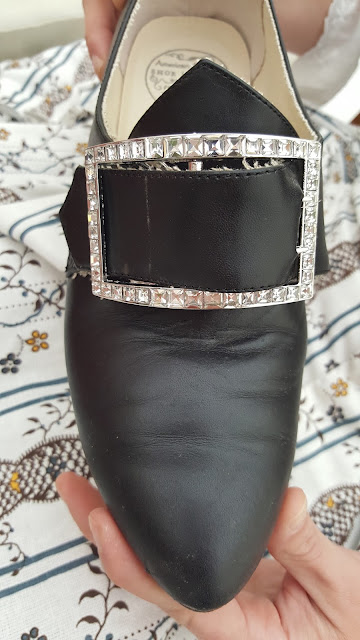 On the American Duchess "Frasier" 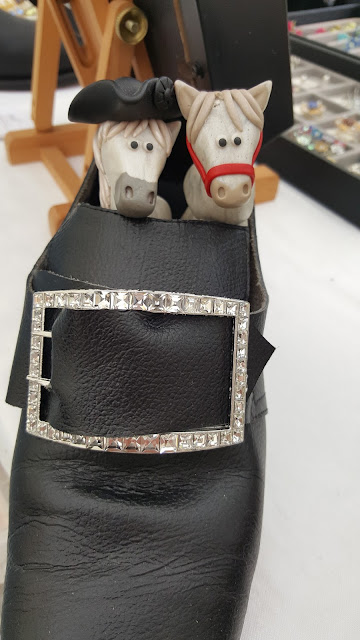 These are a lovely statement buckle.  They are made with glass rhinestones, and measure 2-5/8 inches long by 1-5/8 inches wide.  They will accommodate a buckle strap that is up to 1-5/16 inches wide. They are silver plated over pewter.  To our standard, they are fancy, but in the time period, they were generally worn, often sought after and stolen.

I named these in honor of the Dandridge family of Virginia of which Martha Washington descended from.

The Sailor's Pleasure at The British Museum, 1781

I have seen this type of buckle and/or the shape in portraits/prints as well as in originals (besides the pair I own) on men and women's feet.  The originals had a much higher dome or curve to it which allowed it to look a lot shorter or smaller than they were.  I like to think that original buckles may have also been made custom to the wearer's foot.  I have started two Pinterest boards that include photos of original shoe buckles as well as portraits/prints showing them on the feet.  It is always hard to determine what material they are wearing, but the shapes are clear. 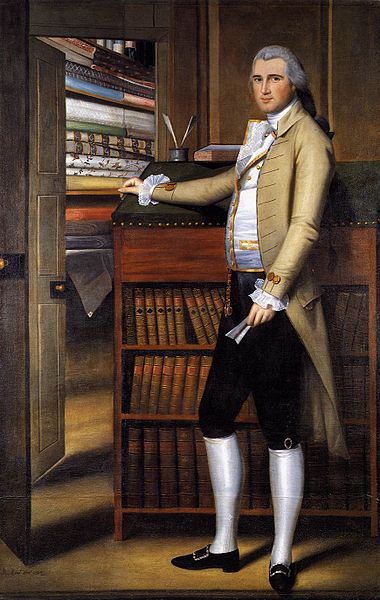 These buckles will be available in mid-June.  Pre-orders are being taken via my Etsy shop and will be shipped immediately.  As always, I keep my prices low so that it is fun to accessorize in the hobbies we do.  I also inspect each buckle.  A couple of extra rhinestones will come with the buckle so if for any reason one falls out and you lose it, you'll have a replacement! 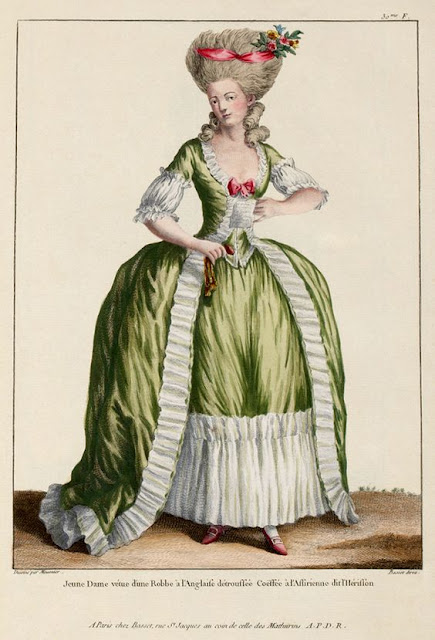 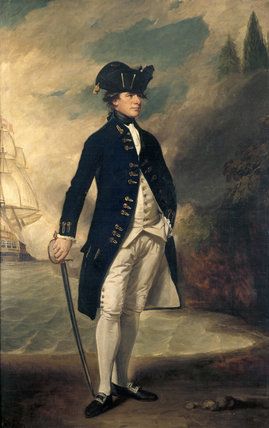 This was my fifth year at this reenactment.  It would have been the sixth if we had had the event in 2020.  Every year there is usuall... 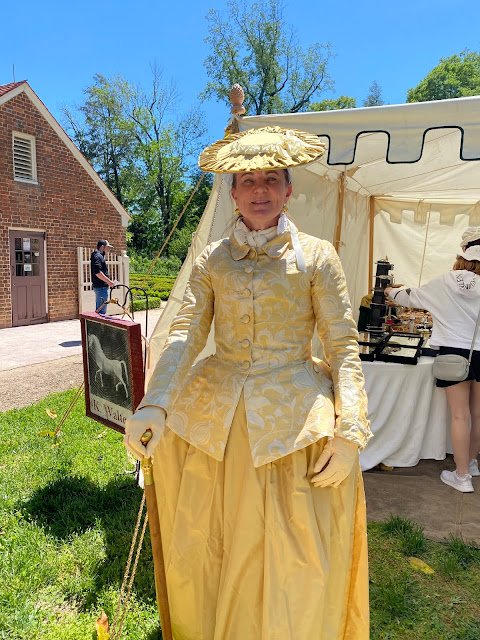