I decided to look it up to see what it was all about.  Intrigued, and knowing they may be interested in some of my jewelry for the show, I e-mailed them.  Specifically, my focus was to let them know about the Martha Washington reproduction items that I have in my shop, and/or my special watch and chains/strings.  Was lucky that I received a response!  You can see some of the jewelry in the below photo.  I sell to other production and theatre companies, and often do not see the items being worn so soon.

Yesterday, I was sent a video interview with the Epoch Times of Tammy Lane, the owner of Capernaum Studios and the director/producer of Washington's Armor.  She identifies that this show will be a series with the first season having six episodes.  It is a project and story of the young Washington that really isn't highlighted.  Washington's life is shaped in his early years, and she discusses that in the interview.  Those of us who study the time period will love to see this story come to life on the screen. 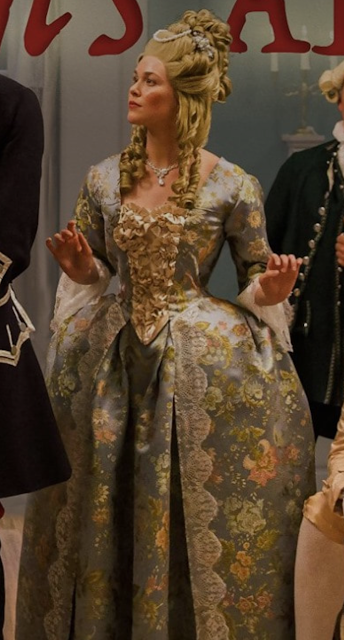 Let's hope to see more as the show is created, and I look forward to watching it when it comes out!